Methane, a powerful greenhouse gas, has been responsible for 30% of all global warming that has occurred since the pre-industrial era. New technologies can now detect leaks from space.

The reduction of carbon dioxide (CO2) emissions is one priority in the battle against global warming but greater attention is also being focused nowadays on methane (CH4), a greenhouse gas that is less abundant in the atmosphere but which has a stronger potential global warming effect (with 1kg of CH4  being equivalent to the effects of 84 kg of CO2  over 20 years). The good news is that unlike CO2, which can remain airborne for up to 300 years, methane compounds last only a little more than 10 years. Any reduction in CH4 emissions will therefore deliver concrete results within a relatively short time frame, especially since nearly 60% of methane emissions are of anthropogenic origin. The main culprits are cattle ranching and oil and gas sector activities, followed by coal mining and landfills. Identifying emission sources with any degree of precision is difficult, however, and global data remains vague. This is where satellite technologies have a role to play. 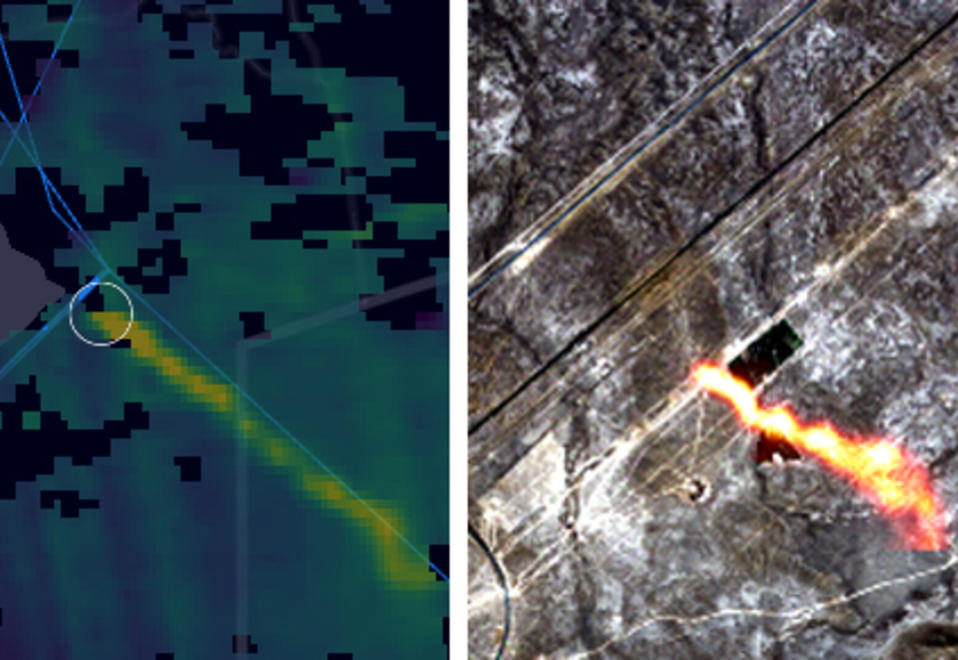 Research in this area is being led by the European Space Agency (ESA) via its Copernicus Earth observation programme and Sentinel-5P satellite, which monitors air quality. Launched in 2017, the satellite carries a state-of-the-art tropospheric instrument called "Tropomi" that maps gases such as ozone, sulphur dioxide and methane. According to Claus Zehner, head of the Sentinel-5P mission: "This work is not only useful for scientific reasons but also because it helps to reduce other emissions, particularly of methane.” The whole effort dates back to 1995 when the GOME ozone monitoring initiative was launched, followed in 2002 by the Envisat satellite that carried the world’s first instrument capable of measuring gas levels in the troposphere and stratosphere.  Sentinel-5P and Tropomi  (co-developed by ESA and the Dutch Institute for Space Research) then marked a new stage in the process, with the very high resolution it offers enabling daily measurements of gas and aerosol emissions originating from cities all over the world.

Over a period of 20 years, methane has

"Copernicus data is free to access," says Zehner. “Everyone can use it however they like, whether for scientific or commercial purposes.” Such satellite data is particularly valuable because of the way it tracks methane leaks emanating from hydrocarbon production sites - a massive category of pollution that the EU now intends to battle. Of course, this will require that an emission’s source and magnitude also be detected. That is what the Canadian private company GHGSat offers, having launched three small satellites since 2016 and working in partnership with Claus Zehner's mission. In the latter’s words, "Sentinel 5-P will spot a methane plume whose source GHGSat can then identify thanks to its very high resolution instruments". Since 2018, the Canadian company has counted Total Energies among its clients, with both entities working together since last July to develop satellite imagery technology capable of monitoring methane leaks on offshore installations.

French start-up Kayrros also uses Sentinel-5P data, which it combines with in situ data and AI algorithms. Using its "Methane Watch", it monitors terrestrial methane emissions, almost in real time. It does this by identifying not only accidental leaks often caused by insufficiently maintained gas infrastructure, but also voluntary methane releases, caused for instance by a process called "venting". In order to avoid having to process, transport or reinject gas separated from crude oil when the latter has been extracted, some companies resort to this as a common practice. Unfortunately, this is disastrous for the environment. Kayrros helps to identify such events and report them to operators (and even relevant authorities), particularly involving pipelines like the ones found in Siberia. In 2019 and 2020, it recorded 13 such events along the 4200 km Yamal-Europe pipeline, not to mention other readings taken in the United States or Kazakhstan. Zehner concludes that, "Satellite measurements are useful for enforcing the rules being used to combat climate change”. 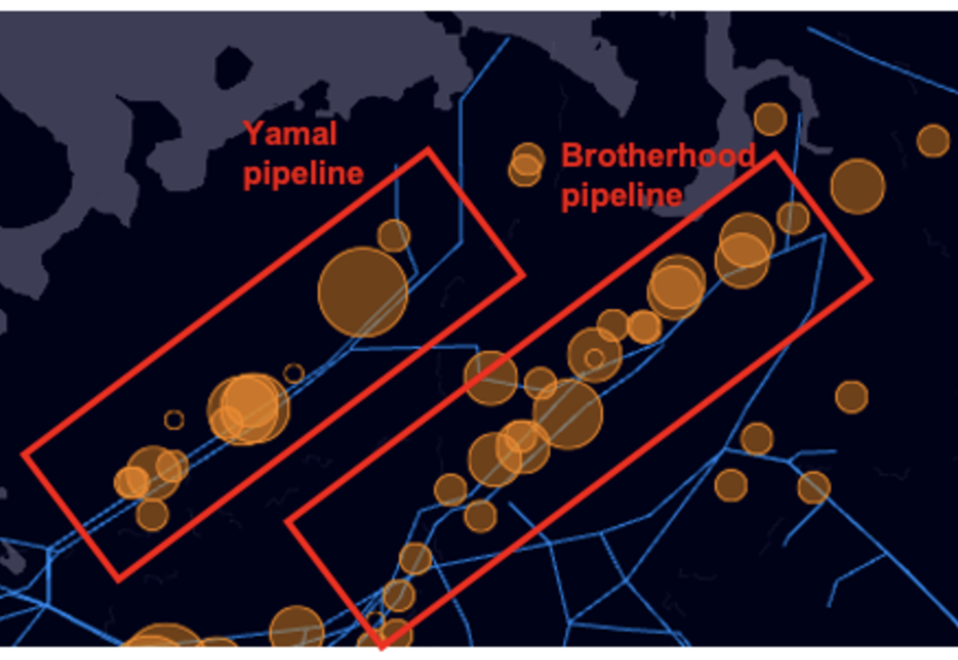 The American, Japanese and Italian space agencies are also working on these technologies, with the hunt for methane having truly become a global issue. The UN estimates that if the volume of methane linked to human activities (380 million tons per year) is halved in 10 years, further global warming of nearly 0.3 degrees might be avoided by the year 2040.