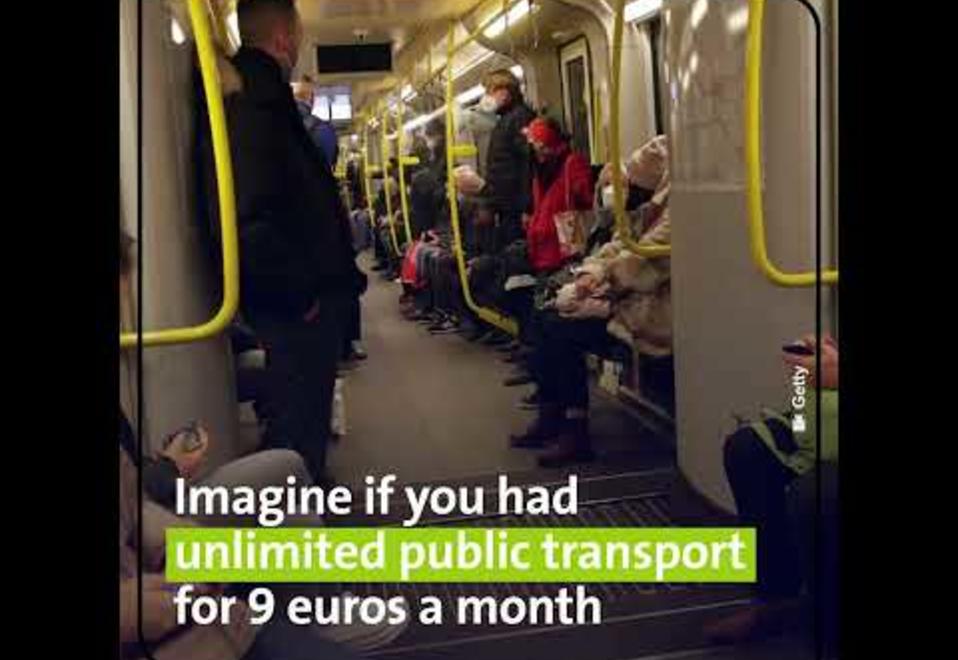 To reduce cars’ role in society, the Austrian government is implementing an innovative proposal involving a daily travelcard valid on all modes of public transportation. Costing a mere 3 euros, the new ticket will both enhance access by lowering travel costs and cut greenhouse gas emissions. The German government introduced a similar plan this summer – the objective in both cases being to encourage people to pollute less whenever they travel.

According to France’s state-owned ADEME Environment and Energy Control Agency, on a per-passenger per-kilometer basis, a train generates one-eighth of the pollution of a car – and a whopping 14 times less than a plane. But train tickets can be very expensive.

The German strategy for countering rising energy prices and encouraging users to abandon their cars - for a period of three months at least - has seen the creation of a new summer pass where people pay a mere 9 euros a month to gain unrestricted access to all regional trains and public transportation systems. Costing the government an estimated $2.54 billion, the new measures saw immediate success, with take-up particularly strong during the late May bank holiday.

Some analysts believe that further measures are needed to get people to change their habits. “The €9 ticket does not mean that extra buses will become available in rural areas, despite these being the zones with the greatest need for an alternative to the automobile” explains Jens Hilgenberg, a transport expert working for Germany’s Bund fuer Umwelt and Naturschutz environmental association. His suggestion is that public transportation prices be reduced permanently nationwide.

Statistica has discovered that less than 6% of the German population takes the train when they go on holiday. Prioritizing the railway system is therefore a way of rolling back people’s use of cars but also planes, given that one-quarter of all European aviation sector emissions come from flights shorter than 1,500 km. The Frankfurt-Berlin route, for instance, is one of Europe and Germany’s busiest flights – but it also emits 12 times more CO2 than a train journey which takes no more than four hours.

According to Greenpeace’s 2021 report on European trains and the development of railways, “unlike the aviation sector, which has benefited from investments, grants and other taxpayer-funded subsidies, the rail sector has been the poor relation of public policy. It now accounts for less than 7% of all passenger transport volumes in the European Union''. The NGO has called for the elimination of short domestic flights - which are particularly impactful for the environment – and in situations where a journey lasts six hours or less, alternative railways options “making train travel cheaper and more convenient than air travel”.

In the words of Environment Minister Leonore Gewessler, what the Austrian government is proposing constitutes a “veritable revolution in public transportation”. As part of the battle against climate change, the country has had a Klimaticket since October 2021, a package where Austrians pay a mere 3 euros a day (or €1,095 annually) for all public and private transportation – a plan taken up by 130,000 subscribers within one month.

Having set itself the goal of reducing private car use by 16% by the year 2040, Austria has invested $244 million in this project so far and expects to spend a further $153 million annually going forward as part of its global deployment of carbon-free modes of transportation.

Even if unlimited travelcard initiatives are nothing new in Europe, the novelty with the Austrian package is that everyone can access it. Something similar exists in Switzerland but at €3,700 a year for second class travel, it is much less affordable.