Australia’s Byron Bay Railroad Company came up with the idea of renovating an old locomotive to become the world's first train powered solely by solar energy.

To the delight of passengers all over the world, abandoned railway lines are being rehabilitated and mythical locomotives are being restored. The Byron Bay Railroad Company train falls into this category. With its beautiful brick-red cars and vintage leather benches, it looks amazing.

A round trip of 6 km uses 5 kWh of solar energy. The surplus electrical energy is fed back into the local grid.

Except that this little gem doesn't run on steam or diesel. It’s the world's first electric train to be powered entirely by solar energy. A journey through time to relive the past, but also a journey to discover the future of renewable energies.

A train like no other, it was the brainchild of Brian Flannery, an Australian businessman who made his fortune in coal. He was looking for an alternative mode of transport for the guests at his luxury hotel in the coastal town of Byron Bay, 800 km north of Sydney.

So quite simply he decided to refurbish a disused railway line and restore and convert an old "600 class" – a diesel train built after the Second World War that criss-crossed New South Wales - to solar energy.

The Byron Bay Railroad Company, a non-profit founded by Brian Flannery, replaced one of the locomotive's diesel engines with a lithium-ion battery (the other diesel engine was kept as an emergency solution in case of a power failure). 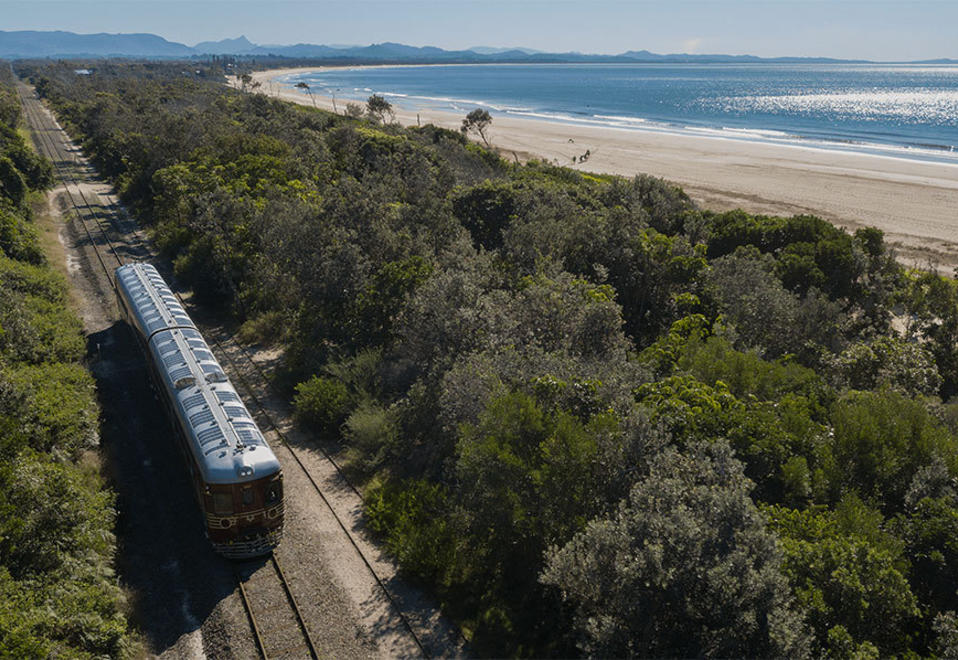 A regenerative braking system that turns the traction motors into generators during braking was installed at the same time.

Thanks to these technologies, as well as its relatively low weight, on a (very) short and flat route the train is able to run solely on solar energy.

A 6 km round trip between the Byron Beach and North Beach stations requires 5 kWh of solar energy. Surplus energy is fed back into the local grid.

According to the project manager, 60,000 kWh has been fed into the local grid in one year - the equivalent of the energy consumed by twelve three-person households. A positive energy footprint, therefore. 📔 Good to know
In Istanbul, a new plant makes biofuel from algae