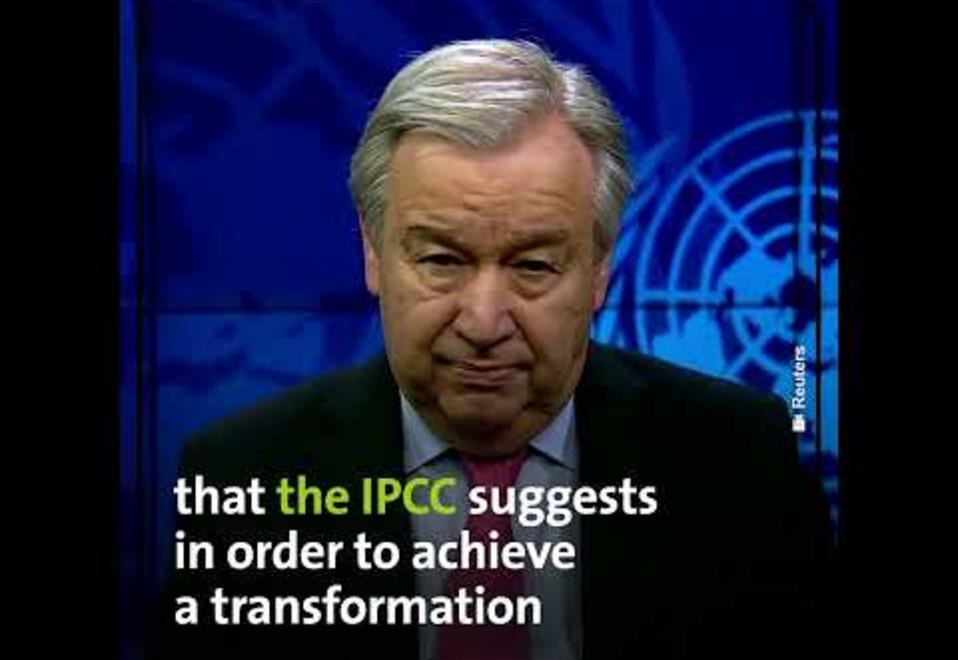 Even though the acronym features regularly in the news - generally in reference to the worsening climate change situation - little is known about the IPCC itself.

The Intergovernmental Panel on Climate Change (IPCC) is composed of experts from all different nationalities and disciplines who come together not to produce new research but instead to generate reports synthesizing this field of study’s latest and most robust scientific knowledge.

The United Nations Environment Programme (UNEP) and the World Meteorological Organization (WMO) founded the IPCC in 1988, reflecting the growing alarm that scientists in this domain felt due to the trends they were observing – plus their sense that it was incumbent upon them to raise everyone’s awareness of the situation, starting with political decision-makers.

The goal of this Geneva-based body is to report upon the effects that human activity is having on the climate, with their publications then serving as a basis for nation-states’ negotiations of international agreements spearheading the battle against global warming.

More specifically, the GIEC is composed of 195 volunteer experts (one for each country in the world), each mandated to do this work by the government that they represent. Worthy of note given the current climate emergency is the fact that said experts are volunteers, fulfilling a mission that sees them work the equivalent of eight full months over a period lasting three years. Just as curious is the fact that the IPCC's budget is a mere €6 million per annum, with member-states contributing to this effort on a purely voluntary basis.

Three working groups coexist with the IPCC: one focusing on the scientific aspects of climate change; another on socio-economic and natural systems’ impacts and vulnerabilities; and a third on possible solutions. There is also a task force charged with inventorying national greenhouse gas emissions. Otherwise, the IPCC Bureau, an elected executive body that sits in plenary sessions, is composed of 36 members.

The IPCC produces reports every five to seven years, with scientists compiling, dissecting and then synthesizing during each cycle thousands of the most up-to-date studies. It also publishes specific thematic papers at member-states’ request, with one example being a 2019 Special Report on the Ocean and Cryosphere in a Changing Climate.

The body’s 6th report, whose publication began in August 2021, has confirmed the most pessimistic forecasts, asserting that no ecosystem can or will be spared the effects of climate change; that the effects may well be irreversible, and that half of the world's population is already suffering the consequences (mainly in small island developing states; the Arctic; South Asia; Central and South America; and Sub-Saharan Africa). The recommendation is that 15 to 30% of the world’s total terrestrial and maritime area be afforded protection already; and that greenhouse gas emissions be drastically reduced by 2050 since this is the only way to achieve carbon neutrality. In an interview posted on the United Nations (UN) website, Dr Christopher Trisos - one of the report's lead coordinators – has pointed out that, “From what the science says any further delays in global action risk missing [a] rapidly closing window to secure a safe and livable future for people and nature on the planet". A third report section is scheduled for April 2022, with a full and final synthesis becoming available in autumn 2022. The end product can then be used as a serious basis for future international discussions – or at least, that’s the hope.