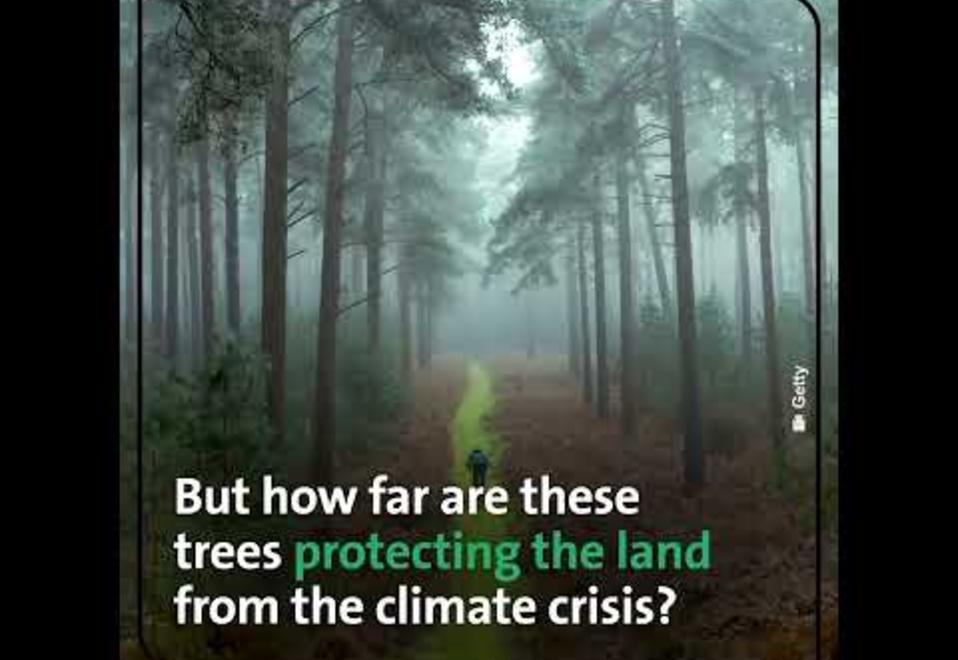 Forest areas in Europe increased by 0.3% annually between 1990 and 2015. That may not seem like much but it equates to an area the size of Portugal! All in all, 43.5% of European Union land (or nearly 182 million hectares) is, according to the European Commission, covered by forests or woods - which sounds like good tidings.

Everyone clearly rejoices in the news that Europe’s forests – the Continent’s largest carbon sink – have expanded. As pointed out by France’s INRAE center (“National Institute for Agronomic Research”), "Thanks to forests’ ability to store carbon in both plant biomass and their soil, they are an essential component in the fight against climate change".

Indeed, according to an European CarboEurope project study, the Continent’s forests and grasslands store something like 305 million tonnes of carbon annually, or the equivalent of 19% of all emissions caused by the burning of fossil fuels.

Yet the glass is also half empty. The same study found that European forests’ carbon storage capacity does not suffice to absorb rising greenhouse gas emissions in the agricultural sector. On top of this, the intensive logging that comes with the production of timber or wood energy has its own negative carbon absorption effects.

The "reconquest" must therefore also consider which species to plant

European forests are frequently monoculture in nature, involving a single planted species that is often managed intensively for industrial production reasons. Yet plantations of this kind bring significant risk: because monocultures are more vulnerable to insect pests; and because having a variety of species creates a natural "barrier" to the kinds of insects that may seek to infest a particular tree species.

Mixed forests including, for instance, both deciduous and coniferous trees, also appear to be more resistant and enjoy greater resilience to climate-related risks such as fire (whose frequency has increased due to recurring droughts) and windstorms.

Many environmental associations like Canopée in France even assert that the very concept of forestry intimates a modicum of biodiversity and therefore precludes monocultures.

Also problematic is the fact that forests are sometimes harvested to produce biomass directly. When trees are felled and burned to generate energy, a great deal of stored carbon is released into the atmosphere – an outcome at odds with the ostensible aims of bioenergy, whose production process is supposed to revolve around the recycling of low-value raw materials including sawdust, sawmill waste and end of life wood.

Emmanuelle Neyroumande, forest product consumption & footprint manager at WWF International, has opined on her NGO’s website that the stakes are particularly high due to the expectation that:

"The global demand for energy and wood-based materials will triple between 2010 and 2050".

In response to these challenges, the EU adopted in July 2021 a new strategy seeking to protect and massively restore the Continent’s forests by the year 2030. The goal is to promote the most climate- and biodiversity-friendly forest management practices; optimise wood use; recycle wood products; stimulate ecotourism; protect Europe's last primary forests; and plant 3 billion new trees by 2030.

The sting in the tail is that even if forests regain ground in Europe, they are continuing to disappear in other places like Latin America and sub-Saharan Africa, largely due to changes in regional consumption patterns (i.e. increased demand for red meat, palm oil and exotic wood types used to make furniture). In other words, it is only by expanding awareness that the expansion of forests in some locales can prevent their devastation in others.