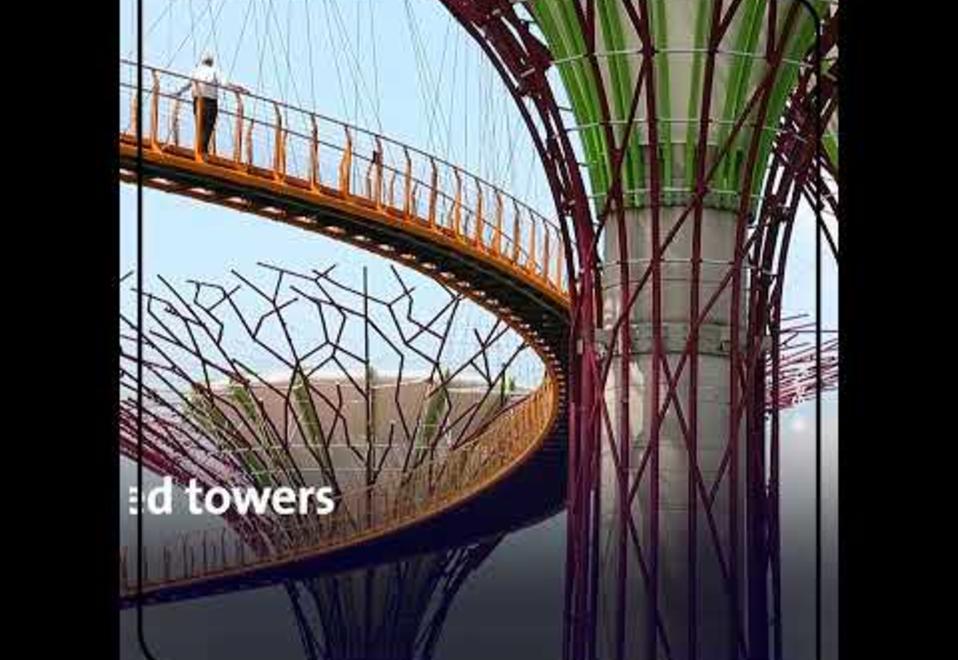 With its lush vegetation, green spaces and environmental policies, Singapore intends to establish itself as a model sustainable city. For several decades, this city-state – already famed for its tropical climate – has successfully incorporated nature into its urban framework and created in this way an attractive and pleasant living environment for the enjoyment of all residents.

In the words of architect Yann Follain, the founder of WY-TO (and a Singapore resident for the past 13 years),"What strikes people who come to Singapore is the presence of nature everywhere, to the extent that it now constitutes an integral part of the city". With green spaces covering nearly 47% of the total municipal area and already hosting a large number of green vegetated buildings, Singapore is a bona fide green city. Even so, there are plans to do more. By the year 2030, for instance, the government wants to both plant one million additional trees and create enough green spaces that residents will never be more than a ten-minute walk away from one.

Transitioning from a garden-city to a city in nature

As explained by Follain, this vision fits into a longer-term political process, one initiated by "Lee Kuan Yew, Singapore’s founding father, when he started planting trees in an attempt to turn the metropolis into a cornucopia of nature". Indeed, shortly after the city-state gained independence in 1965, one explicit objective was to create a "garden-city" offering citizens a pleasant environment enhancing their well-being – a policy that saw more than 55,000 new trees planted in 1970. In addition to this integration of natural and urban environments, a priority was also given to cleanliness, with the combination of the two orientations being intended to increase Singapore’s attractivity to both tourists and investors. The way urban planner Fabien Clavier sees it, "Singapore has always sold its greenery and quality of life, using these arguments to promote the country to local populations and foreign investors alike".

Indeed, for years now the government’s branding efforts have revolved around its natural city goals, with Singapore having first been designated a "Garden-City" before other monikers such as "City in a Garden'' and more recently "City in Nature" began being used.

And in actual fact, nature is truly omnipresent in Singapore nowadays. Emblematic examples include the more than 300km long network of walking and cycling trails that connect its parks as well as the famous 101 hectare Gardens By The Bay project – without forgetting the "supertrees'' whose steel and concrete trunks are being used to both capture solar energy and host numerous tropical plant species.

In addition to the Singapore government’s goal of vegetating urban spaces, it is also committed to advancing urban biodiversity through the re-introduction of wild species – with the city-state’s more than five million inhabitants regularly encountering wild animals like otters as they go about their daily business.

Given Singapore’s density and tropical climate, the natural world has certain very specific functions that it must fulfill in order to ensure residents’ enjoyment of a pleasant living environment. According to Clavier, "Nature in general - and vegetation more specifically - offer shade, an essential service in a country as hot as this. Because nature counters heat islands, it has an important role to play in cooling certain neighborhoods, especially in those parts of town where an entire district has been artificialised". Nature also helps fulfill a social function insofar as plants’ incorporation into an urban space generates a sense of well-being and lets people connect with everyone around them.

Above and beyond Singapore’s parks and green infrastructure, nature is also being integrated into local architectural projects through the installation of green facades and rooftop gardens. Developers working on a new building project are now required to offset any undeveloped floor space that they destroy by vegetating it. Along similar lines, Singapore’s government has had a "BCA Green Mark" certification in place since 2005, the goal being to regulate and assess any one building’s environmental impact. The overt ambition here is to have "at least 80% green buildings by 2030".

To optimize agricultural production, the city’s rooftops play host to a number of urban farms. With Singapore being highly dependent on food imports, the government expects 30% of all nutritional needs to be satisfied in this way within eight years.

In short, Singapore has been successful in establishing itself as an innovative city where nature constitutes an integral part of residents’ daily lives. What remains, however, is the question of whether this laudable model can in fact be sustained.

Clavier, for instance, sees Singapore as being "fairly far ahead of the curve in a lot of areas. Faced with the existential threats of climate change and rising sea levels, sustainability is non-negotiable".

Having said that – and even though Singapore serves as a true inspiration for many cities around the world – it continues to face a great many environmental constraints, not least of all due to its size and/or the fact that it imports almost all of the energy it consumes. Nor does urban nature suffice to clean the air that residents breathe, with local air pollution levels exceeding the WHO’s recommended thresholds. The challenge for this city-state is all the more daunting because it is one of Southeast Asia’s most polluted major metropolises, scoring even worse in this respect than comparators like Taipei or Manila.