The Netherlands’ capital, Amsterdam, is taking inspiration from an economic model named after the famous American doughnut. In a movement driven by the world's major cities, it combines both environmental and social justice.

The Covid-19 crisis has exposed the fragility of our economic models, which do not always manage to respond to the demands of social and environmental justice. Faced with the resulting threefold health, social and economic crisis, public officials are looking for the best solutions. So what if the key were the "doughnut"? The challenge has been taken up by the city of Amsterdam, capital of the Netherlands. On April 8, 2020 it announced a recovery plan inspired by the eponymous economic theory*.

Developed by Kate Raworth, an economist and professor at Oxford University, this theory combines environmental and social justice. In her doughnut-shaped model, people whose basic needs (health, education, access to water, etc.) are not met are inside the hole in the middle. The outer circle represents the "ecological ceiling", i.e. the limits that must not be exceeded if the sustainability of natural resources is to be ensured

Between the two rings is an area in which human needs are met and the planet is preserved. Keeping this pattern in mind therefore makes it possible to protect resources at the same time as meeting people’s basic needs. 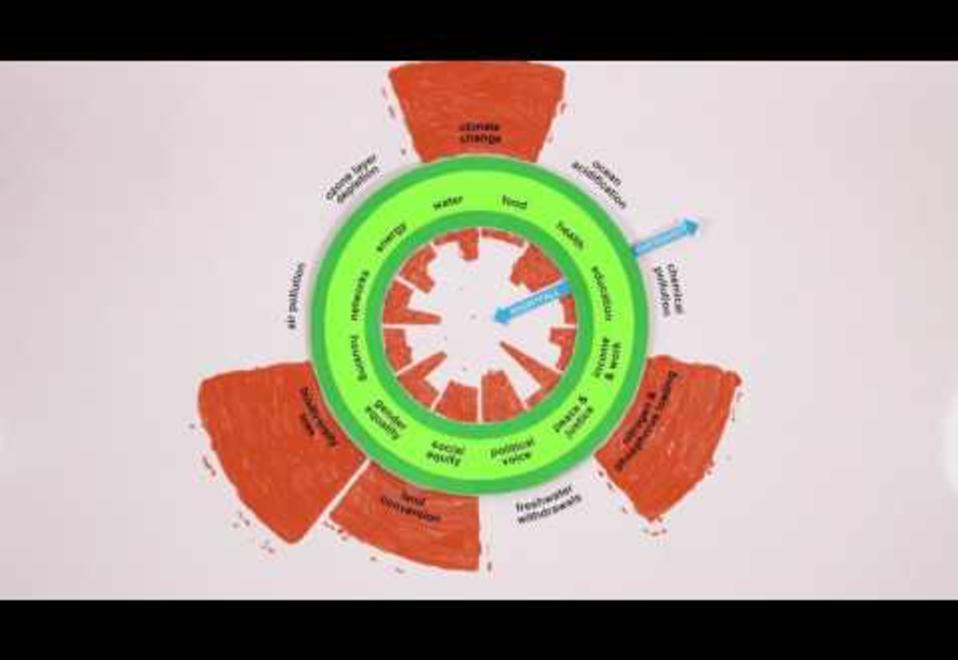 Achieving a circular economy by 2050

To assist the Dutch municipality, Kate Raworth has drawn up an inventory of areas that need to be reviewed under her unique economic model. The plan developed includes "changes to the city's treatment of domestic waste, efforts to counter food wastage, more sustainable construction”, reports the Courrier International. In order to achieve a circular economy by 2050, Marieke van Doorninck, the city's deputy mayor, convened a committee of elected officials, citizens and experts - the Amsterdam Doughnut Coalition.

Taking the example of the housing crisis, the elected representative explained to the British daily The Guardian that this meeting highlighted the fact that after paying their rent 20% of citizens are unable to meet their basic needs. As for housing, it is built with materials that are massively imported via the port of Amsterdam, which increases the city's greenhouse gas emissions. To build cheaper and less polluting housing, builders are therefore encouraged to use wood instead of concrete. She added that it is essential to tackle speculation. "Housing is not just too expensive because there is too little of it. There's also a lot of capital flowing around the world looking for investment, and right now real estate is seen as the best [investment], so that raises prices."
Social and environmental justice go hand in hand.

The Dutch capital is not alone in wanting to revive its economy by integrating these reflections. Los Angeles, Paris, Seoul, Lisbon, Oslo, Montreal, Milan, Athens... In all, thirty-seven of the world's metropolises, members of the C40 Cities global network, are calling for a healthy, equitable and sustainable economic recovery based on the work of economist Kate Raworth.
On the agenda: the creation of sustainable and low-carbon post-Covid economies, a reduction in social inequalities, and a better relationship with the environment.

"The world has experienced a series of surprise shocks whose impacts had not been anticipated. It's time for us to separate the idea of prosperity from that of economic growth".

Kate Raworth, in The Guardian

* * The French version of the “Doughnut Theory, Tomorrow's Economy in 7 Principles” was published by Plon Editions in November 2018. Some very good environmental news beckons with the discovery of a solution...