The printing and art community is increasingly concerned about its environmental impact. Artists have enthusiastically welcomed the invention of Graviky Labs, a start-up which transforms carbon emissions PM2.5 fine particles into ink.

Every year, exposure to fine particulate matter in the atmosphere kills 8.8 million people worldwide, according to a study in the medical journal The European Heart Journal published in March 2019. Among the most affected countries is India, with 2.3 million deaths in 2017.

But what if it were possible to capture  a bulk of those carbon emissions from cities and turn it into ink? That's the idea that Boston based start-up Graviky Labs came up with. In 2013, it developed a device that transforms "PM2.5" – the fine particles that cause cancer and cardiovascular disease - into purified carbon pigments.

"The black ink we generally use is often produced by burning fossil fuels in factories. Given that millions of liters of fossil fuels are already being burned by fossil fuel sources cars, why not recycle their emissions?" said the founder of the start-up, Anirudh Sharma, during a TEDs talk, in October 2018.

From "KAALINK" to "AIR-INK"

How does the Graviky Labs invention work? Attached to the exhaust pipe of a industrial sources, the filtering device - called "KAALINK" - traps unburned carbon before it is expelled into the air, thereby capturing the fine particles. "We can capture 95% of the pollution emitted by a diesel engine, without changing the engine's performance," says the start-up. Graviky also works with third party polluters who currently have to depend to third party factories which otherwise collect carbon but do not know how to recycle it. 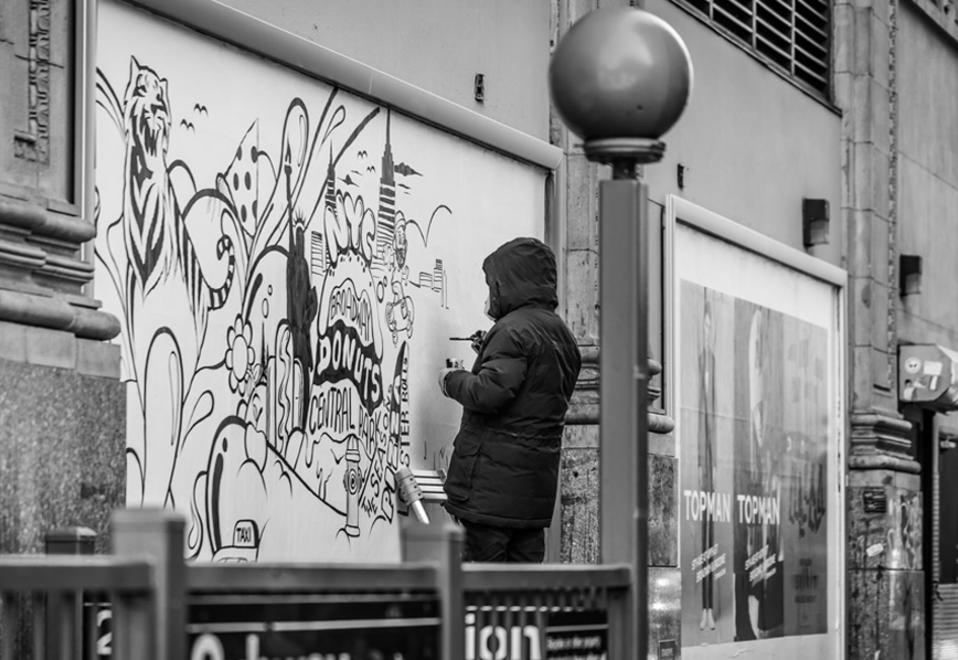 Through a proprietary process, the collected carbon is transformed into a carbon rich intermediate pigment, removing contaminants heavy metals, dust and volatile organic compounds and the resulting purified soot is crushed and further sent out to make industrial.

Graviky Labs’ "AIR-INK", is available in the form of several products: markers, paints, UV, silk-screen, flexographic inks. According to Anirudh Sharma, a single AIR-INK marker contains 40 to 50 minutes of emissions emitted by a car engine.

To promote its invention, the Indian start-up teamed up with artists from all over the world. Works produced using AIR-INK were exhibited at the Cooper-Hewitt, Smithsonian Design Museum in New York ending on January 20, 2020. More than sixty projects focusing on sustainable design were presented as part of the exhibition “Nature – Cooper Hewitt Design Triennial”.

"Designers are increasingly concerned about the environment. Whether it's rethinking the way they source materials or the environmental consequences of the end product"

Thanks to the interest generated by this new ink in the artistic community, the start-up Graviky Labs hopes to extend its invention to more practical applications, such as inkjet printers or textile printing for the fashion industry.