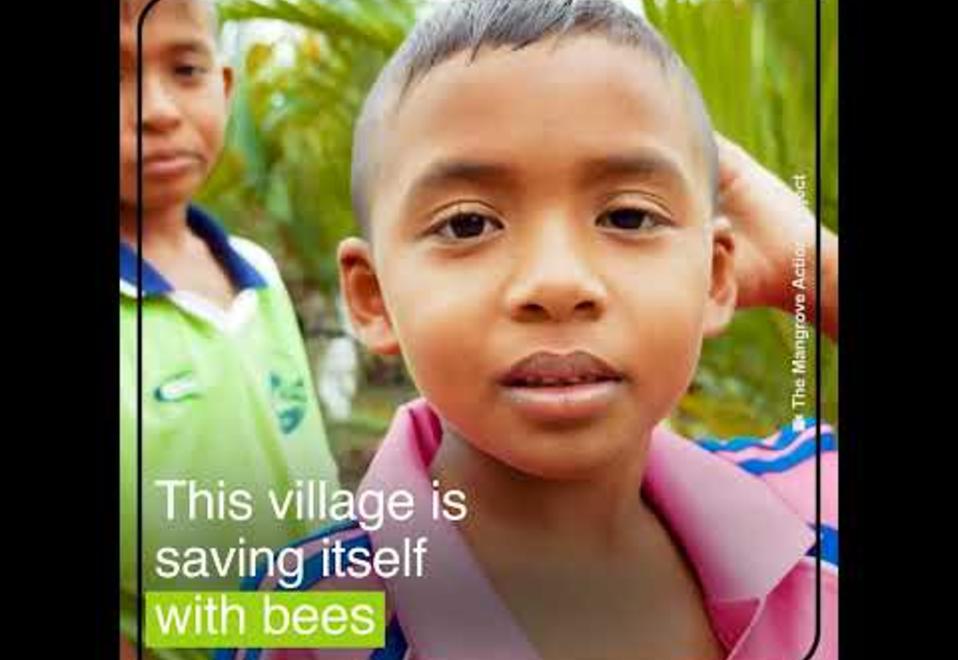 “The magnificent structure of Posidonia oceanica reminds me of a cathedral,” says Dr Mateo Minguez, pushing his fingers together into an archway, “they have this beauty inside, enormous biodiversity, and the sediment underneath is the crypt of the catherical, an archive of history”.  Mateo Minguez, Head of the Group of Aquatic Macrophyte Ecology for the Spanish National Research Council, has spent his life researching and fighting for the protection of Posidonia oceanica, a tall emerald green seagrass in the Mediterranean sea. From the shores of Sicily to Egypt, this seagrass captures CO2 fifty times faster than tropical rainforests.

“It’s such an exceptional species,” says Mateo Minguez, “its leaves can grow more than one to two meters in length to create summering forests”. Posidonia grows just 2cm a year, blooms in autumn and sheds fruit that washes onto the shores and are called ‘sea olives’ by locals. Also known as the ‘lungs of the Mediterranean’, a single square meter produces 20 litres of oxygen a day. Like trees, the seagrass also absorbs CO2 through photosynthesis. It turns it into organic matter and buries it in the soil, a glossy muddy layer of sediment that is 30-50% carbon in weight. This is known as blue carbon. It stands amongst other valuable blue carbon ecosystems, including mangroves and salt marshes.

Ocean absorbs around 25% of the world’s CO2 emissions.

Posidonia’s blue carbon has a powerful protector: seawater. “The water limits the oxygen that reaches the carbon,” explains marine ecologist Professor Paul Lavery, from his home in the Australian outback, “and without oxygen it can’t decompose and go back into CO2”. This makes seagrass an effective bank vault, with a global impact: while the ocean covers 71% of the Earth’s surface, absorbing around 25% of the world’s CO2 emissions, seagrasses like Posidonia cover just 0.2% of the ocean. But it is responsible for 10% of the carbon buried in the ocean’s sediment, a mega 27.4Tg of carbon per year. A single meadow can sequester carbon for centuries, while terrestrial forest rates slow after around 30 years. If the seagrass and its sediment is left undisturbed, carbon can be safely locked away for millenia. Year after year, organic matter is collected, and the sea bed under Posidonia oceanica rises. As Minguez notes, this means the plant can compete with rising sea levels; “no one has ever seen a rising forest before”.

It’s not easy being green

Posidonia is an ancient, powerful marine ecosystem that gives us oxygen, clear azure water, and presents rich biodiversity reservoirs, housing over 1,000 animal species and 400 plant species. But it is in danger.

Large amounts of nutrients run into the ocean, from our toilets to agricultural run-off, which cloud the waters and block sunlight, starving the plant to death.

Climate change, inevitably, plays its part. Sea water is growing warmer, and Posidonia is not resistant to temperatures above 38 degrees for more than 2 days. This occurrence is increasing and causing massive mortality and will “become more and more common,” says Lavery. For now, the seagrass is being destroyed faster than it is growing. “We’re losing seagrass meadows at 5% per year,” explains Mateo Minguez. “It’s dramatic. In the last 50 years, we’ve lost 34% of Posidonia oceanica.”

But conservation projects have grown in number across the Mediterranean. Projects like the Red Eléctrica Marine Forest painstakingly replant young plants along the coast of Majorca. Over 12,800 cuttings and seeds of Posidonia are carefully monitored as forests are regrown. Amongst the destruction, these efforts by scientists, and cooperation of the coastal communities that rely on the seagrass’ gifts, show that it is maybe not the end for the Mediterranean's shimmering green gold.